Candidate for District 2 House Seat B 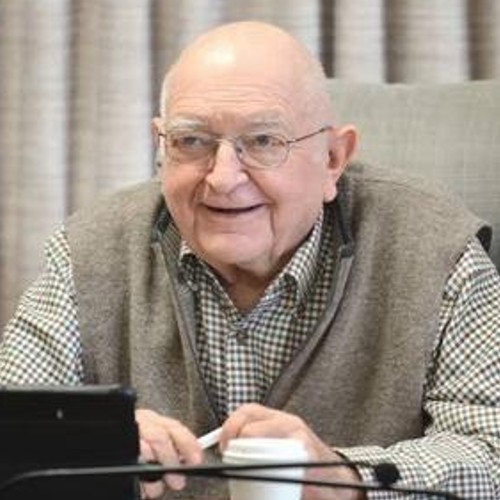 I was born, raised, educated in Idaho public schools, and worked in Idaho my entire life. I was a third generation Idaho Farmer/Rancher in Sterling, Idaho. I am Idaho from my roots to her mountain tops. I spent summers on the Caribou Range on the Idaho/Wyoming border where I summered 5,000 head of ewes and their lambs. I lived on the Snake River Plain where I farmed over a thousand acres of irrigated cropland and raised my family until I leased the farm and moved to Moscow in 1997.

After graduating from Aberdeen High School I attended and graduated from University of Idaho in animal husbandry. After nearly thirty-five years, we returned to Moscow in the 1990s for my wife, Ruby, to get her master’s degree in agricultural economics. In 2018, after serving 12 years as Latah County Commissioner, we sold our home in Moscow and moved to our home in Elk River permanently. I currently serve as the Board Chair of Elk River Recreation District.

We have five adult children who were all educated in Idaho Public Schools (and on the farm): Sherrill is head of Democracy and Democratization master’s program at University College of London, specializing in Eastern Europe, including Ukraine; Matt is the regional manager of Havre Water District for Montana Department of Ecology, Steve is Customer Engagement Executive for SAP in Northern Virginia, Katie works with home-bound elderly in Seattle, delivering meals, driving them to doctors, etc., and Sarah is owner of Gem Valley Appraisal Services in Moscow, specializing in farmland appraisals. We have seven grandchildren and four great-grandchildren, all who attended or are currently attending public schools. Our children learned how to move sprinkler pipe, drive tractors and potato trucks, work in potato harvest, show 4-H lambs, and shoot a gun. I still have a safe full of the rifles and shot guns I used for keeping predators from the sheep, and hunting.

I served as Congressman Stallings’s Agriculture Advisor in the 80s, was called by Governor Andrus in the 70s as a board member of the Idaho Sheep Commission and in the 90s as a board member of the Idaho Wheat Commission. I served four years on the Idaho State FSA board in the 90s, and on the Board of Idaho Department of Health and Welfare for 15 years. While serving 12 years as Latah County Commissioner, I initiated the development of Idaho Behavioral Health Recovery Centers, starting with three centers and growing them to nine centers across the entire state of Idaho. Of all my service over the past forty years, I consider this to be my greatest public service achievement and appreciate the help of legislators from both parties to make this happen. In my heart, I’ll always be just an Idaho Sheepherder.